YAVNE, Israel -- A 1,500-year-old wine-making complex, said to have been the world's largest at the time, has been discovered in Israel, archaeologists say.

Five presses were unearthed at the huge Byzantine-era winery at Yavne, south of Tel Aviv, which is estimated to have produced two million litres a year.

After a sophisticated production process it was exported around the Mediterranean.

Those working at the site said they were surprised by its size.

There are plans to make the complex a visitor attraction once preservation work is completed.

The site contains five wine presses spread over a square kilometre (0.4 sq miles), warehouses for aging and bottling the wine, and kilns for firing the jars used for storing it.

The end product was known as Gaza and Ashkelon wine, after the ports through which it was exported to Europe, North Africa and Asia Minor.

It had a reputation for quality throughout the Mediterranean region, but at that time wine was also a staple for many.

"This was a major source of nutrition and this was a safe drink because the water was often contaminated," said Jon Seligman, one of the excavation's directors.

SHOULD ISRAEL CHANGE ITS MARRAIGE LAWS?

In a country where civil marriage doesn’t exist, marriage and divorce are under the authority of religious institutions.

The only way that Jews can marry in Israel is to do so through the Orthodox Chief Rabbinate.

But the number of Jews marrying in this way has fallen for the second year in a row according to the country's Ministry of Religious Services.

Young Jews are finding alternative Jewish marriages in Israel - which are questionably legal – or they’re even choosing to marry abroad. --BBCi

NEW ORLEANS -- The Museum of the Southern Jewish Experience (MSJE) is pleased to announce they are the recipients of two Gold and one Bronze award in the areas of exhibitions and technology at the 2021 Southeastern Museums Conference, the largest regional museum conference in the South. New museum received two Gold Awards and one Bronze Award for excellence in exhibitions and technology.

“We are thrilled to be recognized by our peers in the museum industry,” said executive director Kenneth Hoffman, “and I am particularly proud of the creativity and hard work of our staff and of our design partners, Gallagher & Associates and Cortina Productions. Weaving more than 300 years of Southern Jewish experiences into engaging, accessible, and relevant exhibits–during a pandemic, no less–was quite an adventure."

MSJE’s opening core exhibition, honored with the top designation in the “Over $1,000,000 Budget” category in the SEMC Exhibition Competition, features the diverse experiences of Jews in the American South from Colonial times to today. Through interactive exhibits, artifacts, and stories, the core exhibition explores themes that connect visitors of all backgrounds, including immigration and civil rights.

MSJE’s award-winning Community Quilt interactive experience is based on a quilt from the Museum collection that was stitched in 1885 by the Jewish Ladies Sewing Circle of Canton, Mississippi. Visitors use a touch screen to express their own identity and communities using custom fabrics, patches and drawing tools to craft their own unique square. When complete, guests “stitch” their patch into the museum’s community quilt to create one beautiful canvas from disparate elements – a perfect metaphor for not only the Southern Jewish experience, but also the American experience.

Curator Anna Tucker represented MSJE at the SEMC Museum Technology Showcase on Oct. 26, 2021. SEMC Exhibition award winners were celebrated at the 2021 Annual Meeting Awards Ceremony on October 27, 2021 in Chattanooga, Tennessee and will be featured in the Fall 2021 Edition of INSIDE SEMC, a digital publication of the Southeastern Museums Conference. This designation recognizes Museum of the Southern Jewish Experience’s contribution to professional standards in Southeastern museums.

About The Museum of the Southern Jewish Experience:  The Museum of the Southern Jewish Experience in New Orleans explores the many ways that Jews in the American South influenced and were influenced by the distinct cultural heritage of their new homes. Through exhibits, collections and programs focused on the unique and remarkable history of Southern Jews, the Museum encourages new understanding and appreciation for identity, diversity, and acceptance. Visit www.msje.org for more information or follow the Museum on Facebook and Twitter.

The settlements are seen as illegal under international law, although Israel disagrees

Israel's government has advanced plans for more than 3,100 new homes in Jewish settlements in the occupied West Bank. A planning committee gave its final approval for 1,800 housing units and preliminary approval for 1,344 others. The announcement follows a public rebuke of Israeli policy from US President Joe Biden's administration.

It warned that it "strongly opposed the expansion of settlements" because it damaged prospects for peace between Israel and the Palestinians.  More than 600,000 Jews live in 145 settlements built since Israel's occupation of the West Bank and East Jerusalem in the 1967 Middle East war. Most of the international community considers the settlements illegal under international law, though Israel disputes this.

The Palestinians have called on the world to confront Israel over the "aggression" constituted by settlement construction on land they claim for a future independent state. This week has seen the most significant announcements for expansion of Israeli settlements since President Biden entered the White House in January, says the BBC's Yolande Knell in Jerusalem.

The Israeli anti-settlement watchdog Peace Now reported that the vast majority of the new homes approved on Wednesday would be built in settlements deep inside the West Bank, and that several isolated settlements would undergo a "massive expansion".  The decision follows another development on Sunday, when the Israeli authorities asked builders to submit bids for the construction of more than 1,355 settler homes that already have final approval.

On Tuesday, US state department spokesman Ned Price told reporters that it was "deeply concerned" by the Israeli plans.

"We strongly oppose the expansion of settlements, which is completely inconsistent with efforts to lower tensions and to ensure calm, and it damages the prospects for a two-state solution," he said.

Mr Price added that the Biden administration would "raise our views on this issue directly with senior Israeli officials in our private discussions". Former US President Donald Trump displayed a much more tolerant attitude towards settlement activity and declared that settlements were not inconsistent with international law.

A senior Israeli official told Reuters news agency on Wednesday that Prime Minister Naftali Bennett's government was "trying to balance between its good relations with the Biden administration and the various political constraints".

Mr Bennett is a right-wing nationalist who took office in June at the head of a coalition of eight parties from across the entire political spectrum of Israeli politics.  He has long championed the right of Jewish settlement in the West Bank and rejects the notion of the creation of a Palestinian state alongside Israel.

The prime minister has ruled out resuming peace talks with the Palestinians and said he will instead focus on initiatives to improve living conditions for them. Next week, the Israeli planning committee is scheduled to discuss plans for 1,300 new homes in Palestinian villages in the 60% of the West Bank, classified as "Area C" under the Oslo Accords, that is under full Israeli military and civil control.

It would be the largest number of homes for Palestinians approved by Israel for more than a decade, according to Israeli media.  Israel promoted plans for more than 30,000 settler homes in the West Bank during the four years he was in power, according to Peace Now. --BBCi

The sign bearing Trump's name on Henry Hudson Parkway, in west Manhattan, was paid for by the Trump Organization as part of the New York Department of Transportation's "Adopt-A-Highway" scheme, through which organizations or individuals can pay to sponsor road signs in the city.

The sign has been up since at least 2009, USA Today reported, and has been repeatedly vandalized since, particularly after Trump's run for office. The New York DOT replaced the sign at least once in 2017 after Trump's name was covered and the sign was again splashed with black paint, as can be seen in this photo by the writer Brian Sack:  The removal of the highway sign came after New York Assembly Member Linda Rosenthal, a Democrat, asked in July for the sign to be taken down.  In a letter, Rosenthal called Trump's presidency a "stain on our nation's history" and cited a petition which had gathered thousands of signatures calling for the sign's removal.

The petition, which gathered more than 1,600 signatures, argued that the sign violated the New York DOT's policy of not allowing political candidates or campaigns to adopt the highway, and should have been removed in 2015, when Trump announced his run for president.

In a Monday letter to Rosenthal, New York DOT Manhattan Borough Commissioner Edward Pincar said the sign would be "promptly" removed, but cited a different reason.  Pincar said the contract between the Trump Organization and the maintenance contractor had expired on Sunday.

"DOT has determined that the contract between the organization and the maintenance contractor expired on November 7 and will not be renewed," he wrote. "The existing sign will be removed promptly," he said, without giving a specific date. 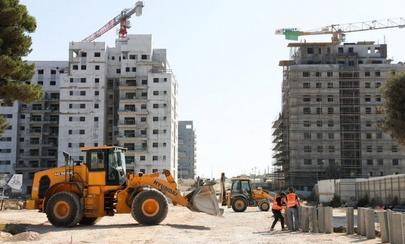 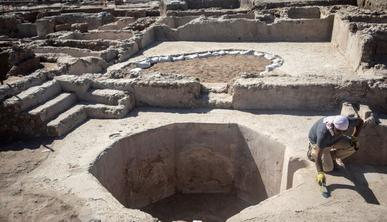