​​Jewish journal that provides coverage of Los Angeles Jewish news regardless of religious faction or nationality.
JEWISH ADVERTISING? E-mail The Los Angeles Jewish Observer(SM) today directly to your mobile phone, at advertising@jewishobserver-la.com, or use the 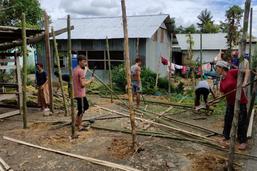 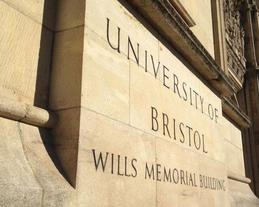 by an Italian court in June

A six-year-old Israeli boy who was the sole survivor of an Italian cable car crash will stay in Israel until a court has ruled on a bitter custody dispute.

Eitan Biran's parents, brother and two great-grandparents were among 14 people killed in the accident in May.  His paternal aunt, who lives in Italy, was given guardianship by an Italian judge afterwards.  But earlier this month he was flown to Israel on a private jet by his maternal grandfather without her permission. Israeli police then opened a kidnapping investigation and questioned the grandfather, who has insisted that his actions were legal and in Eitan's best interests.

Eitan, his brother Tom and their parents, Amit Biran and Tal Peleg, had been living in Italy for several years before the accident.  The boy was badly injured and required weeks of treatment at a hospital in Turin.  After he was discharged in June, an Italian juvenile court granted custody to his paternal aunt, Aya Biran-Nirko, an Israeli-born doctor who lives in Italy.

On 13 September, Eitan was taken out for the day by his maternal grandfather, Shmulik Peleg, who moved from Israel to Italy after the accident and had visitation rights. He drove Eitan to neighbouring Switzerland and then flew him to Israel, using the boy's Israeli passport.

Mr Peleg told Israel's Channel 12 TV last week that Eitan was "happy and surrounded by his family" and that they had left Italy in a "totally legal way".

"He is in the place where he is supposed to be, in his home, in Israel."  Ms Biran-Nirko disputes Mr Peleg's claims and has petitioned an Israeli family court for Eitan's return under the Hague Convention on International Child Abduction, an agreement that can help return an abducted child who is under 16 years old to the country they usually live in.

"At this point I am worried. I want to see him home as soon as possible," Ms Biran-Nirko told reporters outside the court in Tel Aviv on Thursday. "I am worried for Eitan."

Mr Peleg attended the hearing along with his daughter Gali, who is seeking custody of Eitan in Israel. The BBC's Yolande Knell, who was at the court, says both Israel and Italy are signatories to the Hague Convention, but this case has unusual circumstances that make it complicated to solve.  However, lawyers for both sides of the family made a joint statement after the hearing committing to protecting the six-year-old from further trauma.

The judge will now review the case ahead of the next hearing on 8 October.  In the meantime, Eitan will remain in Israel and he will spend time with both sides of his family. 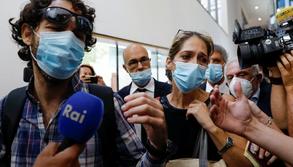 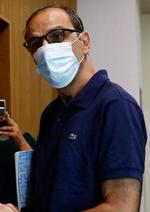 In case you missed it, the U.S. House of Representatives recently voted overwhelmingly in favor of a stand-alone bill to replenish Israel's Iron Dome Missile Defense System, which has saved countless lives. The vote was held two days after the funding was removed from the budget bill, after some progressives in the Democratic party threatened to vote against it if the funding for Israel was included.

Arizona State Rep. Alma Hernandez, a Pro-Israel progressive Democrat, recently discussed what happened in the House and why those progressives who voted against the Iron Dome funding, in no way speak for her or her party.  Good going Rep. Hernandez.

SANTA CRUZ -- Seventy-four religious, civil rights and education organizations today urged Governor Gavin Newsom to veto AB 101, a bill mandating an ethnic studies high school graduation requirement. The California legislature recently voted to advance AB 101, and the bill is now on the desk of the Governor, who has until Oct. 10 to act.

In the past couple of weeks, thousands of Californians, hundreds of California high school students and parents, and hundreds of Holocaust survivors and their descendants have urged Newsom to veto the bill. And the LA Times editorialized against AB 101, urging a veto, and citing the same concerns raised by the petitioners.

The organizations are alarmed because, although AB 101 was amended to include language expressing the Legislature’s intent that local educational agencies (LEAs) “not use the portions of the draft model curriculum that were not adopted by the Instructional Quality Commission due to concerns related to bias, bigotry, and discrimination,” the bill does not, and by law cannot, prevent an LEA from adopting any part of the overtly antisemitic first draft of the ESMC.

When that draft failed, the state went through multiple rounds of revisions and ultimately approved a curriculum that omitted the antisemitic and anti-Zionist content. In protest, though, the authors of the first draft withdrew their names from the state’s final approved curriculum and founded the Liberated Ethnic Studies Model Curriculum Institute (LESMC), and their curriculum is expected to be even more antisemitic than the original ESMC. The Liberated group’s website smears Israel with false charges of “settler colonialism” and “apartheid” and uses classic anti-Semitic tropes of Jewish wealth and power to vilify Jewish organizations speaking out about anti-Semitism; encourages teachers to “create a space within your school” to engage in anti-Zionist activism and to fight the “Zionist backlash,” identified as “white supremacy”; promotes anti-Zionist groups calling for Israel’s destruction; and provides “skill-building” and “training” on how to start your own BDS campaign.

Making matters worse, the groups point out, is that the Liberated approach has been endorsed by the state’s two largest teachers’ unions, the California Teachers Association and the United Teachers of Los Angeles, and Cal State and UC ethnic studies departments, and Liberated has already been successful in promoting its curriculum and consulting services in Hayward, Santa Cruz, Jefferson, Salinas, San Francisco and San Diego school districts.

Thus far, Shavei Israel has made the dream of Aliyah, immigration to Israel, possible for over 4,500 Bnei Menashe and plans to help bring more members of the community to Israel. Currently, there are 6,000 Bnei Menashe awaiting their return to the Jewish homeland.

Shavei Israel is a nonprofit organization founded by Michael Freund, who immigrated to Israel from the United States with the aim of strengthening the ties between the Jewish people, the State of Israel and the descendants of Jews around the world. The organization is currently active in more than a dozen countries and provides assistance to a variety of communities such as the Bnei Menashe of India, the Bnei Anousim (whom historians refer to by the derogatory term “Marranos”) in Spain, Portugal and South America, the Subbotnik Jews of Russia, the Chinese Jewish community of Kaifeng in China, descendants of Jews living in Poland, and others.​

A University of Bristol professor being investigated over comments he made about Israel has been sacked. ProfessorDavid Miller accused the country of wanting to "impose [its] will all over the world", the Jewish Chronicle reported.

Dozens said the comments were "inciting hatred against Jewish students".  The university said a disciplinary hearing found ProfessorMiller did not meet the standards of behaviour it expects from its staff.  In a statement the university said: "We have a duty of care to all students and the wider university community, in addition to a need to apply our own codes of conduct consistently and with integrity.

"Balancing those important considerations, and after careful deliberation...the university has concluded that ProfessorMiller's employment should be terminated with immediate effect."

It said the university regards the "principle of academic freedom as fundamental" and would like to "reiterate that we take any risk to stifle that freedom seriously".
'Call for action'

The investigation included an independent report, the university said, which considered the "important issue of academic freedom of expression and found that ProfessorMiller's comments did not constitute unlawful speech".

In a video, circulated online, ProfessorMiller, who is professor of political sociology and a member of the School for Policy Studies, reportedly said Jewish student groups, who had lodged formal complaints about his views, were part of a "drive to stop anyone speaking out about Palestine".

More than 100 politicians also called for action over the comments, made in February.  At the time, the Support David Miller campaign said it was "appalled" that the University of Bristol had launched an "unnecessary investigation" into ProfessorMiller's comments.

It said: "Every academic and student in the country should be deeply concerned about this coordinated attack on academic freedom."

The university said ProfessorMiller has a right of internal appeal. –BBCi

MANIPUR, India -- Like many Jews around the world, the Bnei Menashe community of northeastern India are gathering to celebrate Sukkot this week. In their festival prayers, the Bnei Menashe offered a special plea, to fulfill their age-old dream to make Aliyah to Israel during the coming year.

“Even in the farthest reaches of northeastern India, the Bnei Menashe have continued to uphold the ancient tradition of building Sukkot in honor of the festival,” said Shavei Israel Founder and Chairman, Michael Freund. “We fervently hope that next year, they will be able to do so in Israel.”

The Bnei Menashe, or sons of Manasseh, claim descent from one of the Ten Lost Tribes of Israel, who were sent into exile by the Assyrian Empire more than 27 centuries ago. Their ancestors wandered through Central Asia and the Far East for centuries, before settling in what is now northeastern India, along the borders of Burma and Bangladesh. Throughout their sojourn in exile, the Bnei Menashe continued to practice Judaism just as their ancestors did, including observing the Sabbath, keeping kosher, celebrating the festivals and following the laws of family purity. They continued to nourish the dream of one day returning to the land of their ancestors, the Land of Israel.