“Russia’s brazen and lawless military assault on Ukraine demands our support for the Ukrainian people and exacting an immediate and severe cost upon the Russian government,” the governor wrote. “The California Constitution is explicit in the fiduciary duties that are required of us on behalf of the hundreds of thousands of Californians who have invested in these systems. These fiduciary obligations and our moral imperative before these atrocities demand that you act to address Russia’s aggressions and immediately restrict Russian access to California’s capital and investments.”

The combined assets of CalPERS, CalSTRS and the UC retirement system amount to $970 billion – equivalent to 60 percent of Russia’s gross domestic product last year. Over $1.5 billion of these California investments are held in a various financial instruments linked to Russia’s financial markets.

The governor called for the funds to halt the flow of money from the state to Russia, ban the purchase of Russian debt and conduct an assessment to ensure their actions protect the interests of current and future retirees. The Governor also requested recommendations from CalPERS, CalSTRS and the UC on additional measures that can be implemented to protect the state’s investments amid global financial sanctions on Russia.

“President Vladimir Putin’s invasion of Ukraine is beyond horrific, and we condemn it in the strongest possible terms. It is jarring to see such unprovoked and unjustified violence against the Ukrainian people.

California must consider all options to reinforce U.S. and international sanctions to isolate the Putin regime, including divestment of state pension funds and other state investments, seizure of real estate and other assets held in California, suspension of sister state relationships, and mobilization of state resources.

California also must explore all options to deliver humanitarian assistance to the Ukrainian people, and to support and accept refugees. We strongly encourage the community to join us in supporting organizations that provide direct humanitarian aid. As a Caucus, we will support the Jewish Federation of Los Angeles’s Emergency Fund, Jewish Family and Children’s Services of San Francisco’s humanitarian aid fund, and the Red Cross.

At this difficult time, our thoughts are also with the Ukrainian Jewish community. Ukrainian Jews, including Holocaust survivors and their descendants, are again fearing for their lives and deciding whether or not to flee their homes. Putin’s absurd claim that an invasion was needed to ‘de-nazify’ Ukraine is both wildly untrue and deeply offensive to the memory of the Holocaust. Adding to the absurdity, Ukrainian President Volodymyr Zelenskyy is Jewish, and many of his family members were killed in the Holocaust.

Our Caucus stands proudly with the Ukrainian people and everyone praying for peace and an end to this conflict.”

Jewish journal that provides coverage of Los Angeles Jewish news regardless of religious faction or nationality.
JEWISH ADVERTISING? E-mail The Los Angeles Jewish Observer(SM) today directly from your mobile phone, at advertising@jewishobserver-la.com, or use the 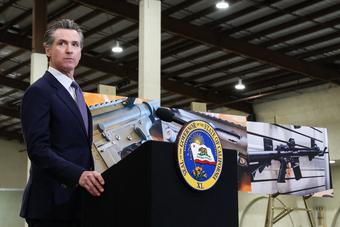 READY FOR THE DAY AFTER

We open the sidra this week with Moshe Rabbenu assembling the Israelites and telling them 39 things which G-]d expects them to do – to keep Shabbat, to be generous, to furnish the Tabernacle and so on.

What date was it when this assembly took place? Rashi tells us that according to the sages, it was 11 Tishri, the day after Moshe came down from the mountain.

11 Tishri has an additional significance in the Jewish calendar, of course: it is the day after Yom Kippur.

Yom Kippur is the best example. It is a day of sanctity, a day of emotion, a day with a message. Statistically it gathers huge congregations, but the next day the numbers in shule are sparse again. Spiritually it envelops us in an exceptional mood, but then our commonplace weekday activities resume as normal.

Ethically it softens our feelings towards each other, but the next day we argue, we criticize, we attack each other’s opinions and are disputatious as before.

What a joy it would be if the morrow of the great day began a new, nicer era.

NO FIRE ON SHABBAT

There are many explanations of this law. One is that fire in all its various forms makes weekday activities possible, and by not kindling fire we separate Shabbat from the rest of the week.

It is interesting how easy it is these days to produce a spark, which shows that the criterion of Shabbat "work" is not a matter of how physically hard the work is but what it signifies.

Turning on an electric switch is easy, but its effect and symbolism have a mighty message.

What happens if the weather is extreme – excruciatingly hot or freezing cold? We can organize ourselves before Shabbat to provide for the weather. This is the thinking behind the use of Shabbat clocks. The clock does not have to rest on Shabbat: we do, but the clock helps us.

This is also where the notion of the "Shabbos goy" comes in (and Jewish literature has a number of stories of what happened at different times if the Shabbos goy turned out to be Jewish).

ME AND MY GRANDFATHER

Building the tabernacle required an architect. His name was Betzalel, a name with a special interest for me because a later descendant was my grandfather Betzalel, after whom I am named Betzalel in Hebrew.

Not that my grandfather or I were architects, but we both tried to live up to the standards of the original Betzalel, whose name means "in the shadow of G[-]d", knowing that people would judge us against the piety and creativity of our distinguished ancestor.