LOS ANGELES – Los Angeles County Supervisor Kathryn Barger called for several County departments, including the Department of Consumer and Business Affairs, the Department of Public Health, the Department of Health Services, the Sheriff’s Department and several others, to work together to develop a robust plan to mitigate COVID-19 testing fraud in L.A. County.

“As the urgent need for testing reaches a crucial point, it is imperative that we ensure residents can be confident they are receiving an accurate and legitimate test without risking their private information,” Supervisor Barger said. “We must do all we can to crack down on fraudulent COVID-19 tests and sites and prevent identity theft.”

As a result of Supervisor Barger’s read-in motion at today’s Board of Supervisors meeting, several County departments will perform an analysis of the risk of fraudulent COVID-19 test sites and home test kits and develop an enforcement plan to eradicate them. They will also identify additional resources to combat identity theft committed by illegitimate testing providers.

Supervisor Barger’s motion also called on the departments to develop a public education plan so County residents can learn the threats of fake COVID-19 testing and test kits in order to know how to identify them and to find legitimate resources.

HOW DO YOU SAY 'BRAVO' IN YIDDISH: ITALIAN OPERA FOR THE YIDDISH-SPEAKING MASSES IN EARLY 20TH-CENTURY AMERICAN

LOS ANGELES – A 5-Part Lecture Series featuring Daniela Smolov Levy, Ph.D. will get under way on Feb. 8, 2022, 5PM PT | 8PM ET.  Whether in-person or virtual to be determined.

Although the names of Ivan Abramson and Josiah Zuro are hardly known today, these impresarios were among many zealous opera democratizers in early twentieth-century America. By this point, foreign-language opera had become firmly established as the domain of elites. Yet, as this 5-part lecture series reveals, popular price opera in Italian aimed at not only Italian immigrants and native-born Americans but also the Yiddish-speaking public emerged as an integral part of the American cultural scene.

Each presentation in this series focuses on a key figure within the sphere of opera aimed at Yiddish speakers, as well as a concluding lecture that explores the broader social and cultural forces animating this operatic activity. This as yet untold story of Yiddish speakers’ involvement with Italian opera in America sheds light on the connection between high and popular culture of the period, as well as on the relationship between immigrant culture and the mainstream American opera world.

This event is made possible by the Lowell Milken Center for Music of American Jewish Experience at The UCLA Herb Alpert School of Music with additional generous support from the David Vickter Foundation. More thanks go to our co-sponsors YIVO and the UCLA Alan D. Leve Center for Jewish Studies.

LOS ANGELES - This week, Congressman Brad Sherman will be hosting our Telephone Town Hall on Thursday, Jan. 20th at 7:00 p.m. -- exactly one year after Joe Biden was sworn in as the 46th President of the United States.  The Town Hall will review the progress we have made, and the challenges we face.

In attendance at the Telephone Town Hall will be Dr. Lynn Goldman, epidemiologist and pediatrician, who will answer questions on the pandemic.  Dr. Goldman is a renowned COVID expert, member of the National Academy of Medicine and advisor to the CDC.

Staying healthy and safe is key.   To participate, Dial (855) 920-0548 anytime during the event next week on January 20th.  To RSVP or to submit a question, visit: BradSherman.house.gov/TownHall 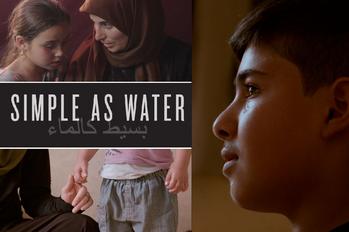 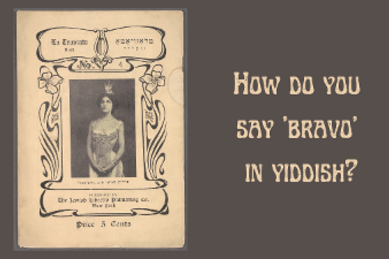 Jewish journal that provides coverage of Los Angeles Jewish news regardless of religious faction or nationality.
JEWISH ADVERTISING? E-mail The Los Angeles Jewish Observer(SM) today directly from your mobile phone, at advertising@jewishobserver-la.com, or use the "Contact Us" Page! 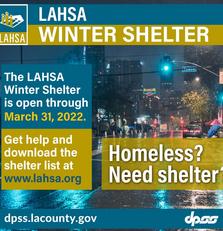 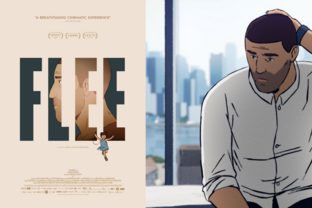 OSCAR SHORTLIST FILMS AT THE MOT

LOS ANGELES – The Museum of Tolerance has made a bold and hopeful start to 2022 with a full slate of virtual programs to engage and inspire. The public is invited to join in for the following exciting lineup of Oscar shortlist films and discussions, and stay tuned for many more in the weeks ahead.

A masterful look at the impact of war, separation and displacement, Simple as Water takes us into Syrian families’ quests for normalcy and through the whirlwind of obstacles—to building life anew. Filmed in Turkey, Greece, Germany, Syria and the US, Mylan’s sensitive camera reifies the universal importance of family.  Join the conversation following the screening with Academy Award® Winning Director, Megan Mylan moderated by Director of the Museum of Tolerance, Liebe Geft.
Playground.

"It's one of the year's boldest and best directional debuts, in addition to being one of the most incisive films about how children experience bullying yet made." - Alistair Ryder, View of the Arts

In this debut feature by writer-director Laura Wandel, the everyday reality of grade school is seen from a child's-eye-view. Following 7-year-old Nora and her big brother Abel, we see Nora struggling to fit in before finding her place on the schoolyard. One day, she notices Abel being bullied by other kids, and though she rushes to protect him, Abel forces her to remain silent. Q & A with Director Laura Wandel and Actress Maya Vanderbeque moderated by Director of the Museum of Tolerance, Liebe Geft.

Epic in scope, but intimate in feel Simple as Water is a meditation on the elemental bonds between parent and child from Academy Award®-winner Megan Mylan (Lost Boys of Sudan, Smile Pinki.)

In Flee, the Grand Jury Prize winner at this year’s Sundance Festival, filmmaker Jonas Poher Rasmussen tells a poignant story of belonging and the search for identity.

Amin’s life has been defined by his past and a secret he has kept for over 20 years. Forced to leave his home country of Afghanistan as a young child with his mother and siblings, Amin now grapples with how his past will affect his future in Denmark and the life he is building with his soon-to-be husband. Told brilliantly through the use of animation to protect his identity, Amin looks back over his life, opening up for the first time about his past, his trauma, the truth about his family, and his acceptance of his own sexuality.

At the height of WWII, a group of young Jewish refugees is sent to a secret POW camp near Washington D.C. The recent refugees soon discover that the prisoners are no other than Hitler’s top scientists. After decades of being classified, this unimaginable story is now finally coming to light through recently released audio recordings and immersive animation.

Join the Q & A with Filmmakers Mor Loushy and Daniel Sivan, live from Israel, and moderated by Director of the Museum of Tolerance, Liebe Geft.