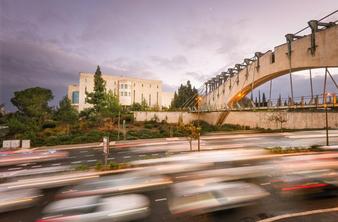 ​​The Israeli High Court’s ruling recently recognizing non-halachic conversions performed in the country are not only a radical departure from the Jewish religious tradition bequeathed to all Jews but a body blow to true Jewish unity. The court's decision is both misleading and dangerous.

Misleading, because conversion is not a secular change of status; it is, inherently, a religious one. And dangerous, because bestowing legal status of any sort to “conversions” that lack the essential elements that have defined geirus for millennia can only confuse the Jewish public and increase disunity.

We in the United States have watched in anguish how non-halachic “conversions” have created a plurality of “Jewish peoples” here, with predictable and lamentable impacts on the ability of halacha-faithful Jews to marry many who were raised in non-Orthodox Jewish communities. We fear the specter of any similar bifurcation taking place in Israel.

And so we call on members of the Knesset to recognize that the High Court’s ruling threatens to further exacerbate similar societal disunity in Israel. The Knesset should craft and pass legislation clarifying that conversion is an inherently religious procedure, and that defining it is the role of the Rabbinate, not any secular body.

Partners for Progressive Israel applauds this week’s historic 8-1 Israeli High Court ruling that recognizes conversions to Judaism performed by the Reform and Conservative movements in Israel. Israel’s Declaration of Independence guaranteed “complete equality of social and political rights to all its inhabitants irrespective of religion” as well as “freedom of religion.” The new ruling takes an important step toward protecting non-Orthodox Israelis from those who would deny them this equality and freedom.

Since Israel’s founding, the Orthodox Chief Rabbinate has wielded near-exclusive control over Jewish life-cycle events, including marriage, divorce, conversion, and burial. The High Court, as Meretz chair, MK Nitzan Horowitz, correctly noted, has now taken “an important step in dismantling [this] monopoly.” As Meretz MK Tamar Zandberg stressed this week, Judaism is multichromatic, and all its many varieties must be welcome in Israel.

We do note with concern, however, that as Israel approaches its March 23 elections, Prime Minister Netanyahu’s ruling Likud party and his core Orthodox and ultra-Orthodox political allies have condemned the High Court ruling and are threatening to pass legislation that would override the Court and re-impose the exclusion of non-Orthodox conversions. Such legislation would both undermine the country’s judicial branch and send a message of disdain to the vast majority of Jewish Americans.

Agudath Israel of America submitted recently an amicus curiae “friend of the court” brief in the United States Court of Appeals for the Second Circuit in the case of Spetner v. Palestine Investment Bank. The case – which is brought by American citizens whose family members were injured or killed in terrorist attacks during the Second Intifada – asks that the court allow a lawsuit to proceed against a bank that was used by terrorist organizations to encourage attacks against Jews by providing financial assistance to families of suicide bombers and other terrorists.

The case had been dismissed earlier by a federal district court on the technicality that the court did not have jurisdiction to allow the lawsuit to proceed because the Palestine International Bank used other banks as intermediaries to distribute the “rewards” to families of terrorists. The families of the victims have appealed that decision to the Second Circuit Court of Appeals, arguing that the district court decision should be overturned.

The amicus curiae brief submitted by Agudath Israel of America argues that under federal anti-terrorism legislation Congress expressly intended that American citizens should have a “private right of action,” meaning the ability to bring a lawsuit in American courts, for anyone injured by acts of terrorism even if they occurred in other countries. The brief argues that banks that finance terrorism should not be allowed to avoid liability by using intermediary banks to finance terrorist activities.

The amicus brief was researched and written by Douglas Mitchell and Scott Whitman of the law firm of Jenner & Block, which agreed to produce the brief pro bono for Agudath Israel. Other organizations joining the brief were the Orthodox Union, StandWithUs, and the One Israel Fund.

Rabbi Mordechai Biser, Special Counsel for Agudath Israel, stated, “We thank Douglas Mitchell and Scott Whitman and the Jenner & Block law firm for producing this important brief, and we hope that the Second Circuit will agree that American citizens should have recourse through American courts to hold financial institutions that finance and support terrorism accountable and liable for their actions. The blood of the victims of terrorism cries out for justice.”​​

Jewish journal that provides coverage of Los Angeles Jewish news regardless of religious faction or nationality.
JEWISH ADVERTISING? E-mail The Los Angeles Jewish Observer(SM) today directly from your mobile phone, at advertising@jewishobserver-la.com, or use the

The deal was signed by Gulf-Israel Green Ventures Chief Executive Officer Asher Fredman and United Stars Group President Omar Al Suwaidi. Following in the footsteps of the historic Abraham Accords, the terms call for delivering environmental innovation to sustainable development in the region and beyond. The new memorandum calls for GIGV to help promote sustainable development goals in Israel and the Gulf in addition to working to reduce emissions while building more environmentally friendly economies and societies. These goals are to be achieved through various types of cooperation including people-to-people, business, and economic. This memorandum is widely expected to be the first of more similar arrangements to come in the future.

One of the initial projects within the framework of the MoU will be to work to integrate Israeli urban green technologies into commercial and residential real estate projects including one currently being developed on Sheikh Zayed Road in Dubai.

“The Gulf is experiencing explosive growth in several submarkets and we could not have found a better partner to bring Israeli Greentech innovation to development in the region than the United Star Group. Already, we have identified and begun negotiation on several large projects that we believe will quickly accelerate our growth,” said Fredman.

Gulf-Israel Green Ventures (GIGV) is bridging green-tech leadership emanating from Israel with the robust development taking place in Gulf countries to contribute to both societies. Focusing on untapped areas of Israeli green tech opportunity, GIGV is helping the region transition from traditional energy sources to greentech and cleantech.

Gov. Gavin Newsom recently signed an executive order extending authorization for local governments to halt evictions for commercial renters impacted by the COVID-19 pandemic through June 30, 2021.  The order also extends protections against price gouging for emergency supplies and medical supplies amid the ongoing emergency response to the pandemic.

Gov. Gavin Newsom recently announced the following appointment: Barry N. Steinhart, 63, of Plumas Lake, has been appointed Deputy Director of Legislation at the California Department of Motor Vehicles. Steinhart has been Assistant Executive Director at the California Energy Commission since 2015. Steinhart was Principal Consultant in the Office of California State Senator Mark Leno from 2008 to 2015. He served as Principal Assistant in the Office of California State Assembly Speaker pro Tempore Sally J. Lieber from 2006 to 2008 and was a Partner at Widowski and Steinhart from 1998 to 2010. Steinhart was President and Chief Executive Officer at James Purcell Designs from 1989 to 2004 and an Associate at Pillsbury, Winthrop, Shaw, Pittman from 1986 to 1989 and at Proskauer Rose from 1983 to 1985. He was an Attorney at Bendix Corporation-Allied Corporation from 1982 to 1983. Steinhart earned a Juris Doctor degree from the University of Michigan Law School. This position does not require Senate confirmation and the compensation is $144,672. Steinhart is a Democrat.

TEL AVIV, Israel - Israeli Eurovision winner and international star Netta Barzilai has been cast as a judge in the new season of The X Factor Israel, joining the legendary judge Simon Cowell who will appear for the first time on a version of the show outside the U.K. and U.S.Cowell and his team were involved in the selection of the judges and were impressed by Barzilai, who achieved worldwide fame, reached number one on the US Billboard Dance Club Songs charts, and has performed in front of millions in international performances and festivals.

Barzilai’s victory in the 2018 Eurovision Song Contest with her song "Toy" marked Israel's fourth win in the Eurovision Song Contest - the most viewed musical competition in the world. "Toy,” written by Doron Madali, reached No. 1 on music charts of over 44 countries and broke viewing records on Tiktok and YouTube. Since then, Barzilai released a variety of songs that achieved international fame. Her song " Bassa Sababa" reached over 158 million views on YouTube.

As previously announced, Simon Cowell will be joining the new season of The X Factor Israel. Cowell’s participation as a judge, as the creator of some of the most successful TV formats in the world and as producer and on-screen talent for America’s Got Talent, Britain’s Got Talent, The X Factor UK and previously American Idol, Cowell provides an opportunity of international exposure for Israeli artists.  Cowell’s connection to Israel has also been demonstrated through his support of Friends of the Israel Defense Forces (FIDF), a US not-for-profit humanitarian organization with the mission of offering educational, cultural, recreational, and social programs and facilities that provide hope, purpose, and life-changing support for Israel’s soldiers. In 2013, Cowell attended the FIDF Gala in Los Angeles and donated $150,000 to the cause.

Barzilai has been linked to the FIDF cause as well. During her military service in the Naval Musical Ensemble, before becoming a Eurovision sensation, Barzilai performed at various FIDF fundraising galas around the US. The X Factor Israel casting team has begun intensive work forming the cast of singers who will participate in the new season.