LOS ANGELES -- Geoff Stover, a partner of the Los Angeles law firm Steinbrecher & Span LLP, has been selected to serve on the Board of Los Angeles nonprofit Food Finders, a 501c3 food organization with a mission to rescue food, reduce hunger and improve nutrition in the communities of Southern California. 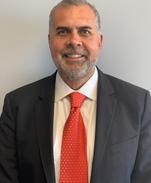 NOF HAGALIL, Israel -- Eliyahu Hanavi Synagogue, the first-ever house of prayer in Israel for Bnei Menashe immigrants from India, was inaugurated recently during Shabbat in the northern Israeli city of Nof Hagalil. About 150 worshippers, most of them members of the community, attended. The Jerusalem-based Shavei Israel organization, which has promoted the Aliyah (immigration) of the Bnei Menashe to Israel for two decades, advanced the plans for the establishment of the synagogue.

​​In the wake of the recent anti-Semitic remarks by Kanye West, as well as a now deleted Twitter post by New York Nets’ Kyrie Irving, actress and activist Jy Prishkulnik is speaking out about the dangers of violent religious extremists and the harm being done by real threatened violence against Jews.

​BLACKS DISASSOCIATE COMPLETELY FROM KANYE WEST AND HIS MESSAGE, ASSERTING HE DOES NOT SPEAK FOR THEM IN ANY SHAPE, FORM OR FASHION

African Americans are outraged and are moving to disassociate themselves completely from Kanye West and his message.  They want the public to know that Kanye West does not speak on their behalf. He speaks only for himself and not the African American people.

African Americans for the most part are of Christian beliefs, which fundamentally is rooted in Judaism, and have a history of empathizing with Jews and will continue to do so.  Blacks are loathe that the apparent ignorance, sickness and foolishness of a man like Kanye West would arrogate himself to speak on their behalf.

Black pastors living in Israel have also disassociated themselves from him and his message. They are vociferously opposing his words and plead with the Jewish community to know that what Kanye West does not espouse African Americans or Black Americans' beliefs in any shape, form or fashion.

In fact, most African Americans and Black Americans side with the Jewish people, as most are Christians, again whose fundamental beliefs are rooted in Judaism, albeit Christians believe Jesus is their Messiah.

Most African Americans outright reject antisemitism in every shape, form or fashion.

​THE HISTORY OF THE YEMENITE JEWRY

The Yemenite Jewish community has a unique history that distinguish them from Jews of other Arab world countries. The way they migrated to the country is different, the relationship they had to the Arab rulers and the Arab populous was different, and the Jewish culture and traditions that developed in Yemen are uniquely distinct. Today, the Jewish community of Yemen is teetering on the brink of extinction as most Yemenite Jews have left the country or been airlifted to Israel since the creation of the State.