A MESSAGE FROM THE DESK OF RABBI STEVEN BERG​​

THE UN TO THE JEWISH PEOPLE

We miss you in Jerusalem! This has been the case throughout the last eighteen months, but I feel your frustration mounting. The end is near, but it is still growing increasingly difficult to see when the traveling restrictions will be lifted. Accordingly, Aish Executive Director Rabbi Ben Gonsher set up a zoom call yesterday so we could speak with Dr. Asher Salmon, the Director of International Relations at Israel’s Ministry of Health. The response to attend that conversation was completely overwhelming. The yearning of all of our Jewish brothers and sisters to come to Israel is so evident.

We brought the ambassadors to the roof for pictures and a brief lesson about the history and spiritual significance of the Temple Mount from the Co-Founder of Aish Israel and inspirational phenomenon, Rabbi Etiel Goldwicht. There were many reporters at this part of the event and I was proud to hear Ambassador Erdan articulate to all of them the need for Israel to defend herself from those who would seek her destruction.

Our top-notch hospitality team arranged a beautiful spread for Aish’s new international friends. Long-time Aish partner Marc Oppenheimer officially welcomed the group and Rabbi Yehuda Weinberg talked about the purpose of Aish and his father's vision. The interactions were absolutely terrific. We were lucky to have Aish Executive Board member Louis Mayberg and Aish Board Member Henry Siegel at the event, along with partners Jerry and Sora Wolasky. Louis told me afterward that he had some meaningful conversations with the Ambassadors and would be following up with Hungarian Ambassador to the United States, Szabolcs Ferenc Takacs when he returned home to Washington. The camaraderie and friendship were palpable. I was so proud to be the CEO of Aish.

As proud as I was, I couldn’t help reflecting on why so many around the world turn to Aish for leadership. I came to the conclusion that whether it’s a group of politicians, athletes, movie stars, students, IDF soldiers, doctors, lawyers, or business executives, everyone wants and needs to feel inspired. Life without passion is no life at all. So many intuitively know that something is different at the Western Wall. Something moves a person’s heart when they come to the point of connection to the Almighty. Aish positioned itself at the planetary wellspring of spirituality by design. Our job is to facilitate inspiration to all. Famous or anonymous, rich or poor, brilliant or average. Aish will always be here in Jerusalem waiting to inspire.
__________________

and Hope at his West Bank home in the Village of Husan. Participating in the discussion were Israel MK Amichai Chikli (3rd from left), Phil Saunders (far left), co-founder Path of Hope, Eran Teboul (2nd from right), CEO and co-founder of the Hetz Organization, peace activist Yoel Oz

For decades, the Simon Wiesenthal Center has been a trailblazer in intergroup relations and outreach in the Arab world. Recently, SWC Associate Dean and Global Social Action Director, Rabbi Abraham Cooper was in the United Arab Emirates, Bahrain and Israel to develop additional joint Simon Wiesenthal Center programming and projects with the Center’s peace partners in the region and to deepen and expand on the historic Abraham Accords.

While in Israel, Rabbi Cooper met with Palestinian Peace activist Ziad Sabateen, co-founder of “Path for Hope and Peace” at his home in the village of Husan outside of Jerusalem. Read more about the meeting in "The Hill" op-ed.

FOCUSING ON THE WRONG THING

This past week, I read more articles and heard

more jokes about Ben & Jerry’s than I have in

While everyone meant well, including the “We Stand with Israel” attitude, I have to be straight and honest with you. You’re focused on the wrong thing.

Personally, I don’t care what Ben or Jerry say.  They are entitled to their opinion and if their warped minds drive them to the conclusion that they shouldn’t sell Chunky Monkey in Israel, then they shouldn’t sell it in Israel.  You think we need that here?  I assure you that Israel will grow and thrive with, or without, Chubby Hubby.  What Israel does need, however, are the good Jews around the world who – until this week – ate Cookie Dough and Cherry Garcia. Yes, you.  I’m talking to you. No, dearest friends, it's not enough to just kick both Ben and Jerry out of your homes and stores.  You need to kick yourselves out of your foreign countries as well.  All these signs that have been posted by stores proudly displaying “We Stand with Israel” need to be changed to “We Stand in Israel” because that is what the Jewish nation needs more than anything else.

This twisted attitude reminded me of the difficult time in Israel during the knife attacks.  It started on Sukkot, a few years ago, when an innocent Jew was stabbed -- almost daily -- as he/she was shopping or simply standing at a bus stop.  Remember the holy Ari Fuld?  He was one of those victims, may HaShem avenge his blood.  After one of those horrific stabbings inside a Rami Levy supermarket, by an Arab employee, the owner -- Rami Levy himself, announced that all knives would immediately be removed from the shelves. Wow.  What a bold move, no more knives will be sold in Rami Levy.  There’s only one small problem. Eighty percent of Rami Levy employees are Arabs and -- last I checked -- it wasn’t the knife that did the stabbing.

Therefore, here’s what really needs to be done. Call Nefesh b’Nefesh and get your Aliyah moving along.  Then, at the big “Going Home to Israel Party,” serve Ben & Jerry’s to all your guests. Get the Caramel Chocolate Cheesecake (my personal favorite) and take as many selfies as possible.  Send them to both Jerry & Ben with the line: “Thanks to you, we are moving to Israel with a sweet taste in our mouth!”  Then get on the plane and never look back.
________________
Rabbi Shmuel Sackett, Founder and Director, Am Yisrael Chai Foundation

The reality series “My Unorthodox Life” is the talk of the Jewish world since its airing on Netflix on July 14th.  The show stars Julia Haart, who at age 42 in 2013 left her Ultra-Orthodox community, quickly advanced in the fashion industry, and is CEO of the modeling agency Elite World Group.  In the show Haart constantly bashes Orthodox Judaism with misrepresentations while trying to showcase that living a secular life is way better.

I am not writing to cast judgement on Haart for her life choices. Judaism forbids me from judging anyone but myself. Rather, what follows is a counter perspective to Haart’s propaganda against Judaism in general, and Orthodox Judaism in particular.

My Orthodox Life consists of (1) Immediately upon waking up in the morning my first words are “Modeh Ani Lifanecha” which thank G[-]d for giving me another day.  Also, three times per day I engage in formal prayer, and throughout the day I say a blessing before and after eating or drinking.  The first series of prayers in the morning reminds me of dozens of gifts from G[-]d such as a properly working digestive system, eye sight, clothes, and freedom. Praying and saying blessings helps me foster a sense of appreciation which is a key component for living a happy/joyous life.  (2) A staple of everyday Jewish life includes studying Jewish texts. My daily study regime entails studying Tanach (Hebrew Bible) which is full of moral and ethical teachings, analyzing fine points of Jewish law, and engaging in deep-thinking on concepts in Jewish philosophy. When I pray I speak to G[-]d, but when I study G[-]d “speaks” to me--which means I obtain answers to ultimate questions, and everyday I encounter a teaching that is apropos for something current in my life. (3) By eating only kosher food I concretize the value of all life. This is because the kosher slaughtering process is the most ethical way to end an animal’s life since it assures the quickest death with the least amount of pain. Keeping kosher is Judaism’s compromise with vegetarianism.   (4) Throughout my day I try to live according to the Jewish maxim: “Think Good and It’ll Be Good;” as well as the teachings: see the good in every person; see the positive in every situation; and view every challenge as an opportunity.  Perhaps the hardest commandment to observe is not speaking “Lashon Hara” -- which is not to say something about a person that I would not say if that person was present. Trying to live by these ideals is the ultimate in personal development. (5) No essay about Judaism would be complete without discussing Shabbat.  Every Friday night I enjoy akin to a Thanksgiving dinner with my family, and for 25 hours I am free from all appointments and refrain from using technology -- so no using a cellphone, computer, or car. Plus, all the food I intend to eat on Saturday is cooked before Shabbat. Shabbat aligns a person to spend one day per week focusing on only the important things in life which are: family, camaraderie with other Jews, praying, and learning, while getting mental and physical rest. A Shabbat afternoon nap is amazing! (Why did afternoon naps stop after Kindergarten?!)  If G[-]d ever said we no longer had to keep Shabbat, probably 99.99% of Jews who traditionally keep Shabbat would still traditionally keep Shabbat.

Haart has rejected all the above and says she gets meaning from being “free,” which for her manifests in wearing sexy outfits and eating oysters; and she also purposely uses the biased word “Fundamentalism” to bager Orthodox Judaism.  Interestingly, Haart’s show co-stars her three adult children of which two have remained Orthodox and they concurrently demonstrate that one can be an observant Jew while even working in the fashion industry.  (Haart also has a teenage son who is Orthodox, lives with his dad, and appears on the show.)

There are aspects of the show which I like and I intend to watch future seasons, but my focus here is on My Orthodox Life. As one can hopefully see from this essay, the more Jewish practices in which a Jew engages, the more meaning he or she will add to their life.
————————
Joel E. Hoffman is ordained as a rabbi but works as a math and special education teacher. 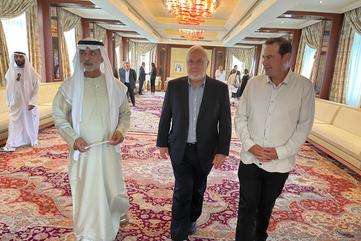 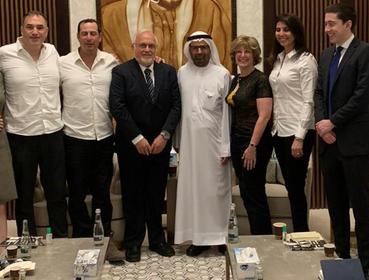