One of the great advantages to being a global institution is that on any given day we can operate in different time zones on multiple continents. I was in Toronto this week but on Wednesday morning at 4am. I was checking in with Jerusalem for an important meeting there.

For the past seven years we have been working hard in Jerusalem to rebuild our finances. We have taken the Jerusalem budget (not including the many independent Aish branches and program budgets around the world) from 8 million to 20 million dollars.

Along the way we have built a beautiful working relationship with our bankers. We have hosted the local bank branch heads many times. They were so impressed with our professionalism (and the view from our World Center!) that they proposed bringing the global CEO of First International Bank of Israel, Smadar Barber-Tsadik to meet with us.

I was checking my phone at 4am in Toronto because I knew the visit was occurring then. Our CFO, Jamie Feinmesser welcomed the group. Ms. Barber-Tsadik spent time meeting with Aish Rosh Yeshiva, Rabbi Yitzchok Berkovits and Rabbi Yehuda Weinberg who explained who his father, Rav Noach, zt’l was, and how we built the Dan Family Aish World Center. She was very impressed, and then apologized as she had to run to a meeting with Israeli President Herzog. Satisfied that we had done a great job with our guest, I set out to meet with our leadership in Toronto.

My first stop was The Village Shul and Aish Learning Centre. Rabbi Tzvi Sytner has done an incredible job inspiring his congregation to reach new heights. My favorite quote came from my old friend and Village Shul board member, Zale Newman. He said that "attending minyan is just one of many programs at the Village Shu." The implication was that even if you don’t come to the minyan you have many opportunities to be/do Jewish. We reviewed their holistic plan to work with Jewish families all over the Forest Hill community. Board member Barry Bank must have quoted Rabbi Noach Weinberg a dozen times. It was amazing to see how our founder's impact was still alive.

I then visited Aish Toronto headquarters where Rabbi Zack Garelick took me through their plans to work with Millenials and students across Toronto. I was thrilled that Aish Toronto had adopted EOS (Entrepreneurial Operating System) just like we have in Jerusalem. I had dinner with the new President of Aish Toronto, Oren Rosen, a terrific guy, who, with his entrepreneurial background, will help Aish Toronto soar to new heights. As this was my first trip to Canada in two years, I was so happy to stay with and spend time with my close friends, Aish Executive board member, Dr. Stuart Hytman and his wife Andrea. We spoke about Aish until well into the night.

While we have so many things happening all over the world every day, it was great to know that we have one of the best teams in the Jewish world in Jerusalem. As much as I wanted to welcome First International Bank of Israel CEO Smadar Barber-Tsadik, I knew that she would be well taken care of in my absence. This is why I am able to travel as much as I do and spend time with all of you. This is the very definition of teamwork. To paraphrase John Maxwell - "Teamwork makes the dream work," but to keep a vision from becoming a nightmare, a leader must have a great team to match his big dreams.

We have an amazing dream in AISHVision 2030, envisioned by Rabbi Berkovits, but it would be just a dream without the Aish team. Join our team as we strive to inspire our Jewish brothers and sisters.

UN: 129 COUNTRIES VOTES THAT ISRAEL DOES NOT HAVE ANY TIES TO THE TEMPLE MOUNT - U.S. ABSTAINED , UAE IN FAVOR

The Midrash teaches (Midrash Rabbah, Ba’Midbar 1) that “if the nations of the world realized the value of the Bet Ha’Mikdash to all of humanity, they would surround it with their armies and guard it for the Jews!”

In the book of Yeshayahu, there is an incredible prophecy; (Chapter 56, verse 7) “My House will be called a house of prayer for all nations.” We say this passuk many times a year, before the beautiful prayer of “Shema Kolenu”. We are stating, in very clear words, that the awesome place we want rebuilt – the holy Bet Ha’Mikdash - is not only for the Jewish nation… but for the entire world as well!
All about us

This is (or should be) the #1 item on “The world’s wish list” … for the Jews to return home and build the 3rd and final Temple in Jerusalem. There’s only one problem. Not only is this not item #1, the world is doing everything they can to make sure it does not happen at all.

Let me tell you about something that happened just 2 months ago. If not for Covid, this would have been the biggest story in the news. Unfortunately, it was not reported in any major media outlet – on both sides of the political spectrum. Sorry, but we can’t just blame this on CNN or Whoopi Goldberg.

The United Nations held a special vote on December 1, 2021, and here are the results: 129 countries voted that Israel does not have any ties to the Temple Mount. Those same 129 countries affirmed that the Temple Mount is to be recognized only by its Muslim name, al-Haram al-Sharif. Obviously, those 129 countries failed history class because Islam was founded in the 7th Century – and the first Bet Ha’Mikdash was built 1,400 years before that – but, as they say, don’t confuse me with the facts.

In case you are interested; who voted against this resolution that rewrites history? 11 countries including USA, Hungary and the Czech Republic… and who abstained? 31 countries including the United Kingdom, Kenya and Ukraine. (By the way, everyone’s new best friend – and the one with the most exciting glatt kosher, mehadrin, kitniyot free Pesach program – the United Arab Emirates – voted in support of this bill. But I thought they loved us?? I’m so confused…)

Now comes the important part of this article: Who do we blame? Whose fault is it that 129 countries voted this way? Allow me to be very clear with my answer; I don’t blame any of the 129 countries. How can Bangladesh and South Africa feel that the Temple Mount is an integral part of the Jewish Nation… if most of the Jewish Nation doesn’t feel that way? 70% of American Jews have never been to Israel even once in their life and have no desire to do so… so what do we expect from Cuba and Japan?

But let’s talk about the 30% who do come to Israel. Ask them what is the #1 holiest site in Israel today, and I guarantee you that 98% will say “the Kotel”. Why is that? Why won’t we admit that the “Makom Ha’Mikdash” – the place of the Temple – is the holiest, most special place for Jews… and all of mankind? Don’t misunderstand me. I am not getting into the discussion of going up to Har Ha’Bayit or not. I’m simply trying to understand why this awesome place, described in our holy books as “where Heaven kisses earth” is not on most Jew’s radar.

What happens within 24 hours of landing in Israel? You rush to the Kotel, then Café Rimon in Mamilla. After that it’s Machane Yehuda and Mea Shearim for some shopping, Aroma for coffee, back to the Kotel and then Papagaio for dinner. How many times have you stopped, looked at the desecration on the Temple Mount, and shed a tear? Do you think mourning over the destruction of the Bet Ha’Mikdash is limited just to Tisha b’Av? I have no problem with davening at the Kotel but at least feel bad that you are in the garden and not in the palace.

The 129 countries of the world want you to remain in the garden. They want to disconnect you from your most cherished and special place. They want you to forget about it and simply sing it as a song; “Next Year in Jerusalem…” Unfortunately, many of us have already done this and while we wouldn’t actively vote with Iran or Indonesia, our actions tell a different story.

Dearest friends: stop blaming the world and start realizing that it’s all about us. How do we feel about Har Ha’Bayit? How connected are we to the Makom Ha’Mikdash? How many of us can look at a drawing of the Bet Ha’Mikdash and correctly identify many of the areas? We are now reading the Torah portions that deal with the Mishkan – which is a miniature Bet Ha’Mikdash – and its vital we make those Torah portions real.

Don’t let the 129 countries of the world win. Focus on the Bet Ha’Mikdash and make sure you understand the connection between our Nation, our future, our destiny, and this great and awesome place. And most importantly of all, don’t just sing about it… make sure you live it as well! 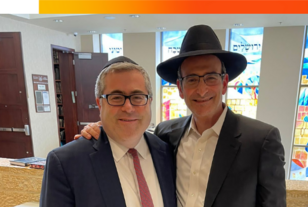 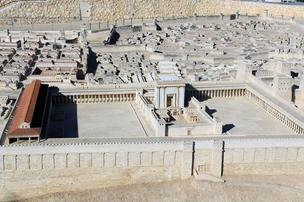